Again we were fortunate enough to be able to travel to Europe and the UK again. This time without the children, this made researching much easier.  We didn’t have the nagging ‘can we go now’, ‘I’m bored’, ’not another cemetery’ and so on.

We arrived at Heathrow Airport on the 16th May, picked the car up and headed to Yorkshire to start our research.  First stop was to visit one of my husband’s great Aunts.  She was 94 years old and going strong.  We spent some time with her and she was telling us a few things about the family.  It was funny she kept mistaking my husband for his brother and saying she had met him and his children a few years earlier when the children were very small.  It was us she was talking about. (hehehe).

We said our farewells and headed to Bradford, Yorkshire for three days.

The people in the library were so helpful, we told them we had limited time and steered us in the right direction as well as having a look themselves.

Luckily we had his ‘date of death’ so we looked up the newspapers and found him on the first go, thank goodness (this can take hours normally).  It turns out he was cremated in Blackpool (is this not the opposite direction to Bradford, hehe) and not in Bradford.  We think the second wife may have gone to live with one of her sons in Blackpool and this is how it happened he was cremated there.  One mystery solved.

Next: We were looking for my husband’s 2nd great grandfather on this grandmother’s side.  Again we knew his date of death and the area he lived in.  With the help of the librarian we came across a book on headstone inscriptions for the Zion Congregational Chapel, Wibsey and there was an inscription for Shepherd Brigg who died at the age of 38 years. This was an interesting fact as we didn’t realise the family were non-conformists. (Breakaway from the ‘Church of England’).

So we thought this is great we can go and see the cemetery, the Librarian was checking records and there didn’t appear to be any record of the Chapel. Then we tried Google maps  and were the chapel was supposed to be is an empty paddock.  After further digging it turned out the chapel was knocked down and all the headstones were sold off and removed from the graveyard but all the bodies are still there.  This means that no one can ever build on the graveyard.   We were ‘gobsmacked’.  How is this possible that they could do this to a graveyard?

We did go and visit the place and this was a very sad moment for us.  After finally finding the resting place; for not just one of my husband’s ancestors but several of them.

We were devastated.  This put a bit of a dampener on the trip after that.

On the upside we did find out that someone has actually done sketches of all the headstones 20 years earlier.  Thank goodness for the foresight of this person.  We have not yet seen these sketches as we had to head over to Manchester on the next leg of our trip, but we will be on the next trip to Yorkshire.

I have finally found some new researcher for the Canadian Penn’s.  So again I sent messages off.  The first reply is from a lady who turns out to be the wife of my husband’s third cousin, Yah!!!

I ask more questions to confirm we are from the same family and YES we are.  Then they tell us that his mother was a fantastic record keeper and has journals and photos of her and her mother’s travel back to the UK as well of the families living in Canada.

My husband’s Aunt always said there were two sisters that went to Canada.  It turns out that there was a brother and his family as well as the granddaughter of another brother in the USA.

Today I am searching again for the Penn’s in Canada.

It is now August 2017 and I am on ancestry searching for the Penn’s in Canada again.  I noticed a couple of new researchers searching the name Penn.  So I started to check them out.  They seem to have the right family names, so I sent emails off to them but unfortunately they were mostly married into the family lines on distant relatives so no help at all.

Then I start the usual run on all family names to see if there are any new researchers on them as well.  No luck.

With the new knowledge about Wills and probate I was able to get a copy of a Will for Percival Horton who was Harry Horton (my great Uncle) brother.  It mentioned leaving money to his brother Harry Horton whose last known address was in Ireland.  Up till now I could not find Harry pasted the 1911 censuses.  It gave the address he was living at so I did some searching and joined a forum page with regards to the area he was living in.

Once I knew where to look for Harry I was able to find a marriage for Harry Horton and Alice Mignon Lathrope in London in 1949, then I found her death in Ireland in 1953.  I still have to confirm these.

I have lost the trail again for Harry.  Could he have died and is buried with his wife Alice or was he moved on to another area of Ireland or back to the UK during the late 60’s.

In 2016 I decided to do a ‘Certificate III in Genealogy’ through ‘Pharos’ who are based in the UK.  I was able to do this twelve month course online so it was perfect.  It enabled me to find other avenues I could follow to find some of the harder family members.

I was traveling through Eastern Europe while completing the last subject of the course which was a little hard to do when traveling as in a couple of the hotels there wasn’t any reliable internet.  I finally finished the course May 2017.

Little did we know this was going to be a big year for us with regards to travel and research?

So with my newfound knowledge I started searching a couple of elusive relatives one in particular was Harry Horton (my great Uncle).  It paid off.

Again I had some time to sit down and try to find the Penn’s in Canada.  I sent emails out on Ancestry to people that may have had a connection, but no luck.

I was starting to feel a little disheartened when I finally found the 1911 censuses for Annie in Montreal, Canada.  I was delighted and the enthusiasm was back.  This soon disappeared.

I thought seeing I can’t find them in Canada I will try again in the UK and see if there is a lead back with the other family members.

As mentioned there was another sister that went to Canada too.  I didn’t know if she was single or married when she immigrated to Canada but no luck.

However in earlier years I did find a Walter Penn in Cornwall, could this be one of the brothers?  They were all born in Sheet, Petersfield, Hampshire; this is such an unusual place name they had to be related somehow.

Back in the late 1800’s early 1900’s a lot of family never ventured out of the township or village that they grew up in so for Walter Penn to have travel such a long way from his home was considered adventurous.  Looking at his father and brother who were Bricklayers, they travelled for work so it was a possibility that Walter had done the same thing.

If this was the right Walter Penn I will look into this late.

As you know I have been searching for the Canadian Penn’s for many years now.

Well it turns out that my husband’s grandmother (Win Smith) had been corresponding with her cousin Mary Denver (nee Wallace) for quite a while.

This was fantastic news and knowing I was searching for them she sent me an email telling me the good news with some of the information attached to the email.

It turns out that Annie Georgina Penn married a Francis Wallace in Montreal.  They had two daughters, 1 grandson and four great grandchildren.

Amongst the papers she had kept was a newspaper clipping with a photo of Annie Wallace (nee Penn) on her 100th Birthday.  This told me one of the daughters married name.

My first clue to finally finding them, Yah!!

I started the search going through all the websites, passenger lists, censuses and databases, still I could not find them.  As the search grew cold, time moved on.

By this time (over the previous years) I had found a small amount on most of the other siblings still living in around the Petersfield area.

The elusive James William Penn who was living in Portsmouth on the 1901 censuses is where I found his mother Harriet Penn (nee Livermore) living with him.  Her husband Henry Penn had died in 1900 and was buried in Petersfield cemetery.

So now looking at the 1901 censuses living with James William is his mother Harriet Penn (nee Livermore), son Henry James Hart Penn, Lily Williams (our great grandmother) her daughter Lilian Amy Williams and James William’s brother John.  They were all living in Portsmouth.  Both James and brother John were listed as Bricklayers.

The 1911 censuses have been released (earlier than expected) so I started checking the 1911 censuses and found Harriet is still living with James William and his new wife Lucy Jane (nee Peters), their daughter Lucy May and James’s son Henry James Hart Penn.

I was also able to find Harriet Penn (nee Livermore) had died in 1914 in Portsmouth and was buried in the Portsmouth Cemetery. 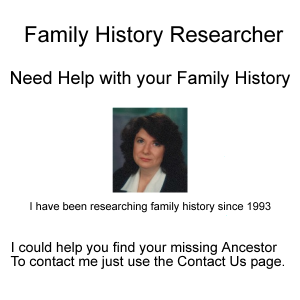